I’ve been getting horrible migraines when I first wake up. I was talking to a friend about it hoping she’d know what would give me some relief. She told me there’s medicine I can take that will relieve me of pain. But, the more important thing is to get to the reason why I keep getting them. That’s what I love about her. She gets right to the point. Aside from some tests she suggested I have my doctor run, she also mentioned TMD as a possibility. I looked that up and it seems there are similar symptoms with that and TMJ. What’s the difference between the two? 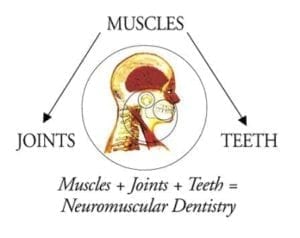 Your friend is bright, as I’m sure you know. It’s always better to get to the root of an issue rather than just medicate it to mask the symptoms. She’s also right that TMD could be the cause of your migraines as well. However, there are usually other symptoms which go along with that, such as pops and clicks in your jaw.

It’s worth looking into though, especially if there have been changes in your bite. The terms TMJ and TMD are used interchangeably.

It’s the joint that’s usually the problem and cause of the disorder. If it’s not in its proper place, it can cause loads of problems for you, including migraines.

TMJ treatment can vary. One end of the spectrum is simply wearing an orthotic device, temporarily, which will help guide your hinge joint into place. On the other end of the spectrum would be major reconstructive work. Skilled TMJ dentists will also start with the least invasive solution possible based on your diagnosis.

It’s important you go to a dentist with a lot of testing specifically for this type of situation.