I need some advice. I had a dental crown which I’d had for many years. At my last check-up, the dentist said there was decay under the crown and now I need to have a root canal treatment He attempted to do the root canal with the crown still on for close to two hours. He wasn’t able to find the canal and said it had calcified. He suggested I see an endodontist. I did call them, but because I haven’t been experiencing any pain with this decay, they scheduled my appointment out for a couple of weeks. Yesterday, the crown broke off with some of the teeth with it. Now I’m worried there isn’t enough tooth structure left to even replace the crown for. What do I do? 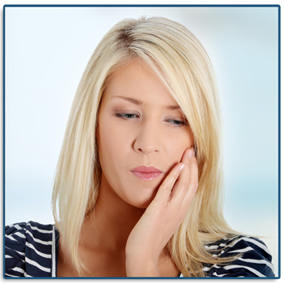 I’m sorry to hear you’ve been put through this. I hate saying this about a colleague, but it seems you are with a dentist who still needs some training. Or, has a least forgotten some important training. When decay develops under a crown, it is much more efficient to remove the crown, which will need to be replaced anyway. The next step would be to remove the decay, which will enable the canal to be much more visible anyway.

Instead of doing that, he manipulated around the tooth for two hours. That had to be a major contributing factor into how your tooth became weak enough to break. Your dentist should take some responsibility for this in making it right.

If there isn’t enough tooth structure left, which sounds very possible, you will need to have the tooth extracted and then replace it. The ideal replacement would be a dental implant.

What Type of Dentist Should Do Your Dental Implant?

Because your dentist doesn’t understand some pretty basic techniques, I’m going to suggest if you decide to replace your tooth with a dental implant, you have it done by a different dentist.

This is an advanced procedure and needs a significant amount of post-doctoral studies to ensure it is done correctly. For instance, Dr. Hadgis has invested a large amount of time studying about reconstructive dentistry at the Las Vegas Institute for Advanced Dental Studies.

This would be the type of dentist you should look for in your area.

Best of luck to you.
This blog is brought to you by Grosse Pointe Woods Dentist Dr. Theodore Hadgis.