I’ve always thought about getting my teeth whitened. I’d asked my dentist about it and it was more than I was ready to pay at the time. The other day I was at the mall and a new teeth whitening shop opened up. I wandered in, just curious and spoke to the woman in charge. She told me they had to get certified in teeth whitening before they could work there, so I felt the place was safe. When I found out they were half the price of my dentist I got really excited. They had an opening right away so I went ahead and did it. I’m really regretting it now and am worried they’ve ruined my teeth. Putting the agonizing pain my gums are in aside, my teeth look weird because the two fillings I have turned dark. Plus, my crown didn’t whiten at all. They said it will look normal after some time, but it hasn’t changed. Now I look like something out of a hillbilly movie. Can this be fixed? 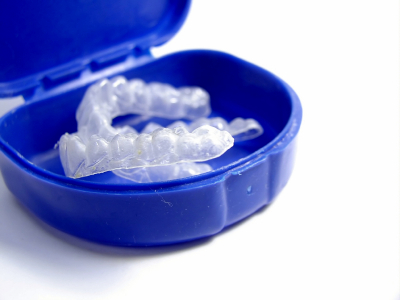 There are quite a few things going on here. The teeth whitening shop you went to made quite a few rookie mistakes. First, I want to make sure you know there isn’t any official certification in teeth whitening. My suspicion is it’s some sort of company training they do with their employees. Unfortunately, that training doesn’t seem to be helping them.

The fact that your gums are in pain tells me that they neglected to protect them from the whitening gel. It’s a little like giving your gums a sunburn. It hurts like mad, but will get better. Some salt water rinses may help along with some over-the-counter pain reliever. Though, mostly it’s just going to take some time.

As for the blotchy, uneven whitening of your teeth, I have no idea why they told you it would fix over time. Maybe they were just trying to get rid of you. They should have warned you that dental work does not whiten. Only natural tooth structure whitens.

It hasn’t ruined your teeth, but you will have to take some steps and (unfortunately) extra expense to repair this. The dental crown and the fillings will have to be re-done.

If you go to a skilled cosmetic dentist, they can match the fillings and crown to your new, brighter white color exactly. If they crown is visible, make sure they give you an all-porcelain crown. That will look much more natural.